Cayucos by the Sea 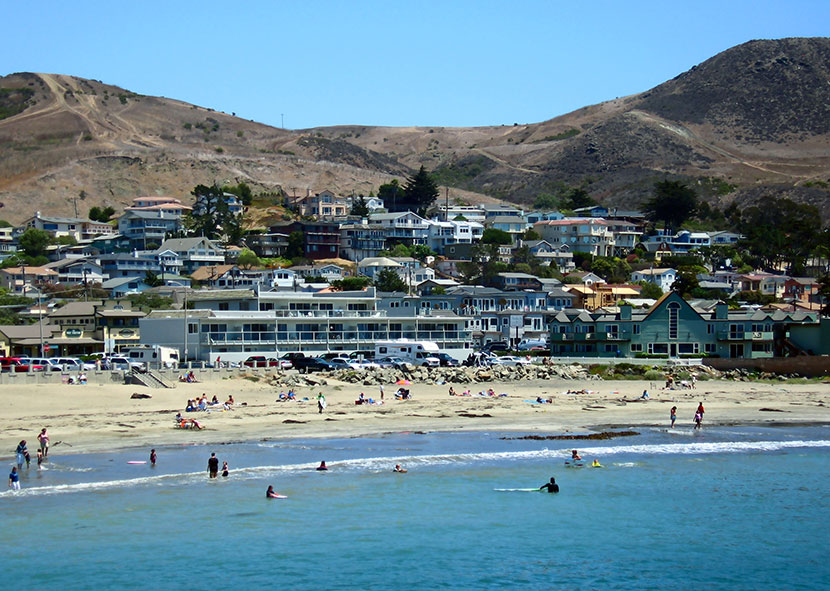 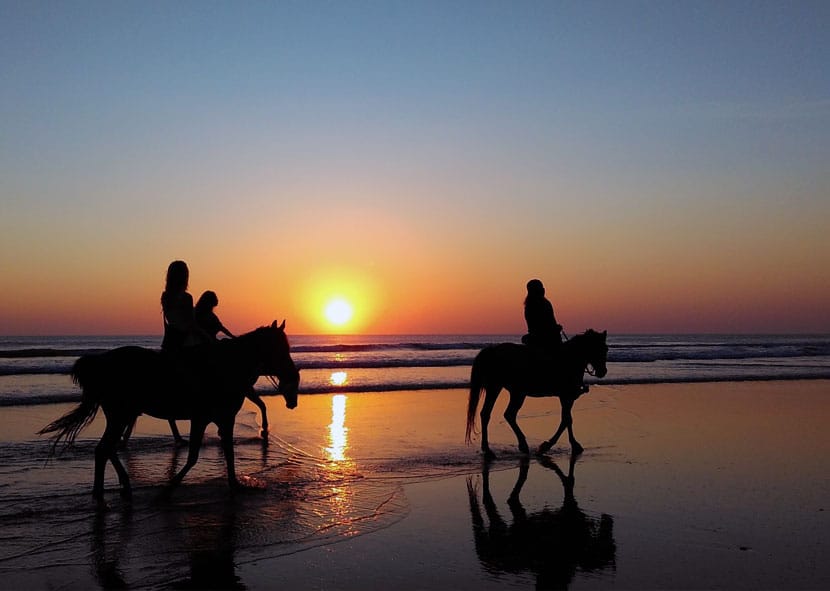 Cayucos is a census-designated place located on the coast in San Luis Obispo County, California along California State Route 1 between Cambria to the north and Morro Bay to the south. The population was 2,592 at the 2010 census, down from 2,943 at the 2000 census. Cayucos meets the requirements of a true beach town, quiet, inviting, warm and friendly. Here folks find themselves slowing down to take the time to smell the roses, ocean air and fragrant aromas of local cooking as they waft up and down Main Street. Main Street is where all the action takes place. Like the town it is sized just right were visitors and locals can accomplish all their daily tasks on foot. In the past cowboys, shop keepers and residents would tie up their horse once, visit the saloon then go about their business. Today that saloon is still the best place for a red eye, or any of the modern drinks too!

Cayucos is located on the Central Coast, halfway between Los Angeles and San Francisco. If antiques are your passion then Cayucos is the place you want to start. Cayucos has earned the distinction as the number one destination on the central coast for antique shoppers. 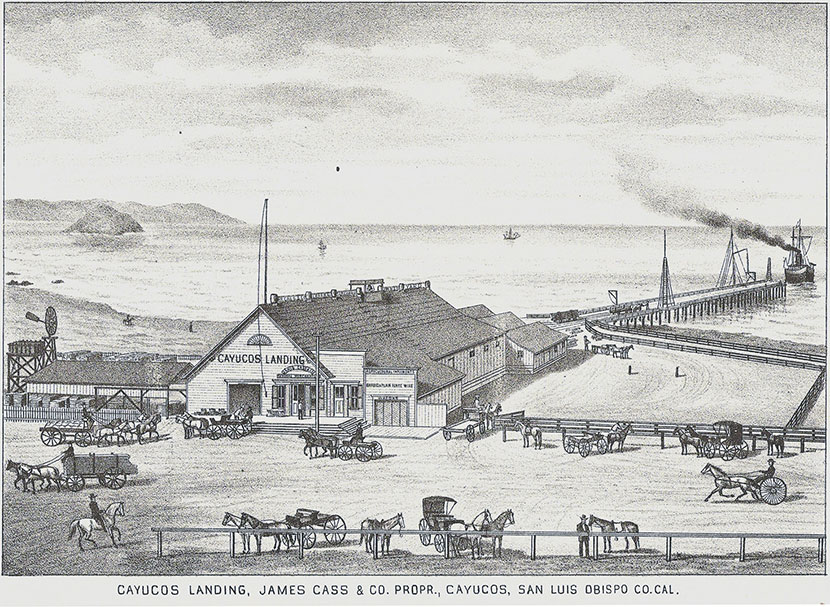 Outdoor enthusiasts can enjoy a variety of activities. Rent a sea kayak for the afternoon, try your hand at surfing or boogie boarding, fish off the pier, explore the tide pools, or just enjoy a swim on Cayucos’ sandy beach. Nearby, Morro Bay, Montana De Oro, and San Simeon State Parks offer great hiking, and beautiful sight seeing. 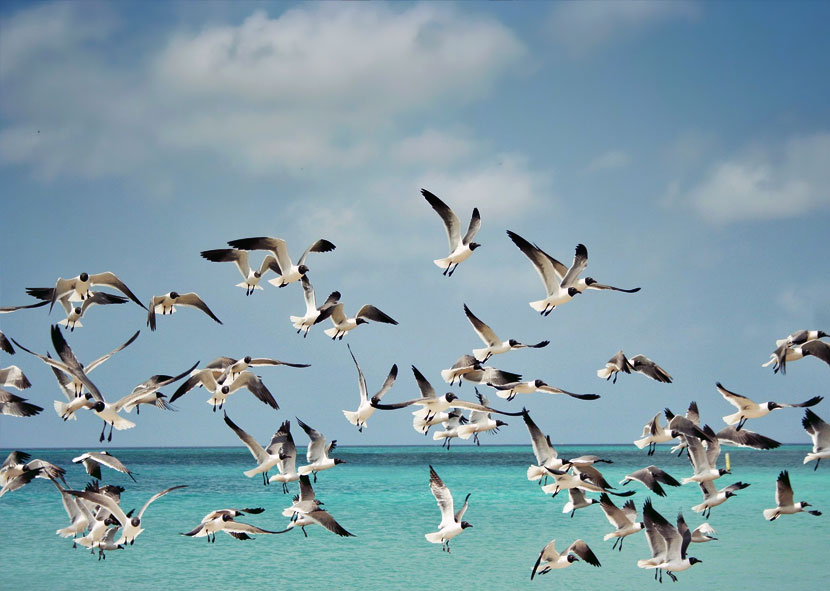 The town of Cayucos was born from the Spanish Land Grant days and was  part of the Morro y Cayucos Rancho. Surveyed in 1875, the original town was developed by Captain James Cass who built the original wharf, store, and warehouse that provided for commerce throughout the coastal communities. Cayucos enjoyed a colorful youth with gamblers and rum runners frequenting the Cayucos Tavern – a local favorite to this day.

Cayucos is an ideal location from which to view many of the Central Coast’s fantastic attractions. Spectacular Hearst Castle, one of the former homes of media mogul William Randolph Hearst,  is less than an hour’s drive away in San Simeon. The Paso Robles wine region produces some of California’s best wines. Spend an afternoon wine tasting and enjoying the scenic vineyards of this area.

Best of all, Cayucos is a great place to slow down, relax, and enjoy life the way it is meant to be. Everything is an easy walk or fun bicycle ride.

Cayucos History
Prehistorically the local area was inhabited by the Chumash people, who settled the coastal San Luis Obispo area approximately 11,000 to 10,000 BC, including a large village to the south of Cayucos at Morro Creek.

The first European land exploration of Alta California, the Spanish Portolà expedition, camped in the vicinity of today’s Cayucos on September 9, 1769. Coming from the previous campsite near Morro Bay, Franciscan missionary and expedition member Juan Crespi noted in his diary that “In the four hours that we traveled, making at the most three leagues, we encountered eight arroyos by which the water from the mountains runs to the sea, along whose edge we traveled. We halted at the eighth watering place in a moderately broad valley, into which enters an estuary fed by an arroyo of good water coming from the mountains.” Crespi translator Herbert Bolton noted the camp location as Ellysley Creek (further along the coast to the northwest), but the description sounds more like Cayucos.

Cayucos is the hispanicization of a Chumash word for “kayak,” or “canoe,” used by the Chumash people to fish in the bay, particularly in the rich kelp beds just north of the current Cayucos pier. The town took its name from the old Rancho Moro y Cayucos, a Mexican land grant awarded in 1842 that includes the present area of the town.

In 1867, Captain James Cass settled on 320 acres (1.29 km2) of this land, and founded the town of Cayucos. Cass began developing the area with his business partner, Captain Ingals. Cass built a 900 foot pier and a warehouse to house cargo bound for San Francisco or Los Angeles. Eventually Cass returned to life on the sea and in 1875 real estate developer C.H. Phillips subdivided and sold the remaining portions of Rancho Moro y Cayucos. The original pier was swept away by a storm but has since been rebuilt.